Biden Wins US Presidency: What This Could Mean Economically for Canada

Join us on Tuesday, December 1st for a webinar discussion with Douglas Porter, Chief Economist and Managing Director at BMO Financial Group, focusing on what the US election results may mean for Canada. 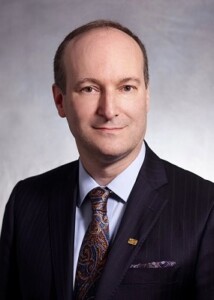 Douglas Porter has over 25 years of experience analyzing global economies and financial markets. As Chief Economist at BMO Financial Group, he oversees the macroeconomic and financial market forecasts and co-authors the firm’s weekly flagship publication, Focus. Mr. Porter manages the team that won the prestigious Lawrence Klein award for forecast accuracy of the U.S. economy, and was named by Bloomberg as top Canadian forecaster.

As a respected commentator on economic and financial trends, he is regularly quoted in the national press and often interviewed on radio and television.

Before joining BMO, Mr. Porter held the positions of Economist and Country Risk Analyst with other Canadian financial institutions, and also worked at the Bank of Canada.

Mr. Porter has been a member of C.D. Howe’s Monetary Policy Council since 2008 and also serves on the Investment Management Committees of the Bank of Montreal’s Pension Fund Society and Western’s Endowment Fund.

Mr. Porter has been a Chartered Financial Analyst since 1995 and earned a Masters degree in Economics from the University of Western Ontario.